It was with a very heavy heart that we heard the very sad news that Sarah White had passed away on February 4th. Our founding Trustee, Eric.L. Huntley shares a tribute

I am writing this testimony, on behalf of myself and on behalf of  FHALMA. It is intended to recognise and celebrate the contributions that Sarah White, co-founder of New Beacon Books and the George Padmore Institute has made to the body-politic at large and to the artistic, cultural and political life of our communities. 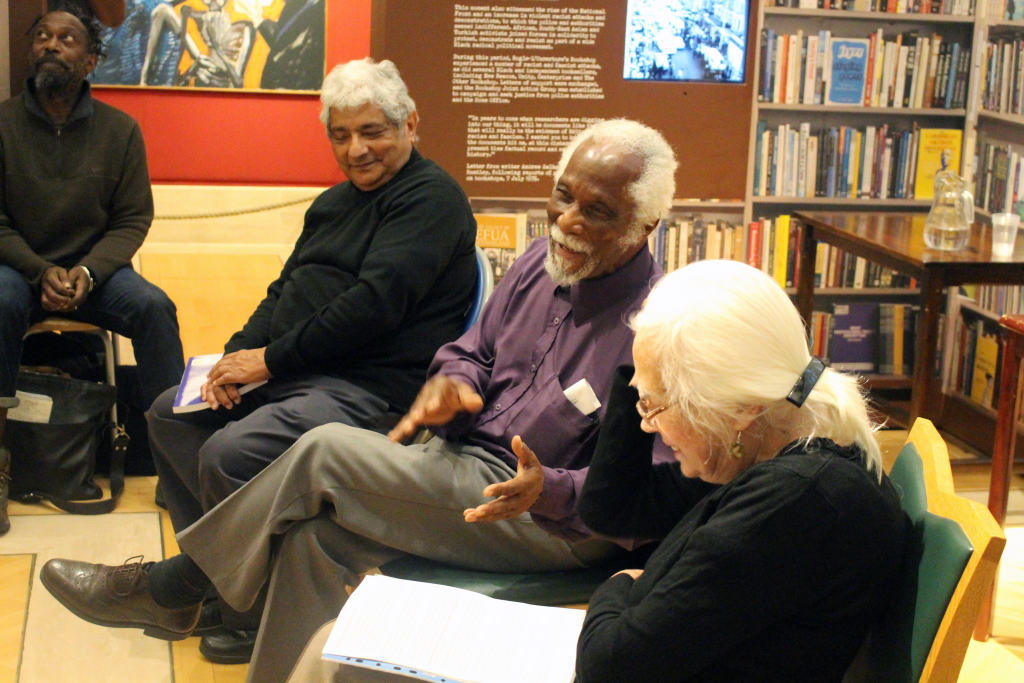 Our relationship began in 1957 when I was rescued by the La Roses while waiting for the ship to depart from Trinidad. We were rescued once again in 1964 when they lived at 51, Uplands Road – and on this occasion, Jessica, my wife and our two boys were saved when we stayed with the La Roses prior to our moving to Ealing. Our friendship grew and developed over many years. During the time when she was completing her doctorate, Sarah was often seen riding a motorcycle on her visits to see John.  Despite the atmosphere of both love and rejection, the relationship between them blossomed, giving birth to their son Wole, as well as the publishing company, New Beacon Books and later their bookshop at Stroud Green Road. Throughout the 70s and 80s our communities faced considerable challenges forcing us to mobilise. It did not take long for John to play a pivotal role through the Black Parents Movement – to organise the fight back, leaving Sarah to become the anchor and the public face of the publishing and bookselling services.

In penning this narrative, I am reminded of another couple. In 1947, Dr Cheddi Jagan returned to Guyana with his wife Janet, an American. Sharing the aspirations of her husband, Janet dedicated her life to fighting for the colony to be free and independent.  These partnerships complemented each other: with Sarah and Janet’s unstinted support, the Beacon of John and Cheddi, became a reality.   Sarah and Janet were not motivated by the colour of their skin, but rather by liberty, freedom and aspirations. These lofty sentiments, which are universal, bind us as humans, and propelled them to devote their lives to the cause.   At the bookshop, Sarah was always pleasant and welcoming, business-like and having empathy with the mores of our community.  Her presence became a constant reminder, much needed at times, when the lens with which people are viewed, often has to do more with the colour of that persons’ skin, rather than their class.

With the passing of Sarah, the life cycle of these stalwarts whose contributions in making Britain a better place has many lessons for us all, and in particular for the younger generation on whose shoulders rests the future.  On behalf of FHALMA and in celebration of those lives, we look forward continuing building ties with New Beacon Books and the George Padmore Institute. 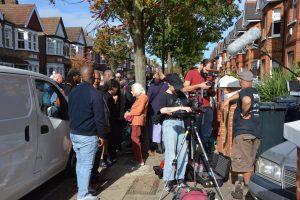 Sarah White attending the inauguration of the Nubiak Jak, Blue Plaque in honour of Jessica and Eric Huntley at 141 Coldershaw Road, London in July 2018.