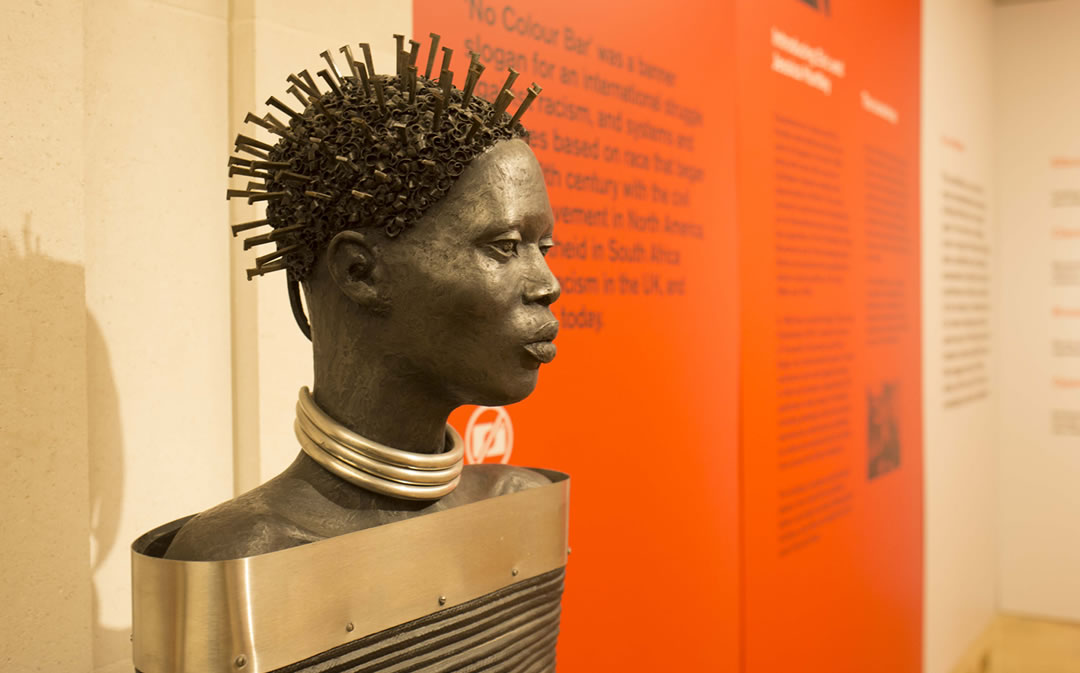 FHALMA produced its most exciting partnership project: No Colour Bar: Black British Art in Action 1960-1990  across 2015 and 2017. Funded by the Heritage Lottery Fund and in close partnership with the City of London’s Guildhall Art Gallery and London Metropolitan Archives (LMA), this stunning art and archive exhibition, No Colour Bar, took as its impetus the Huntley Archives and featured some of the finest works of Britain’s Black artists.

The exhibition ran for six months at the Guildhall Art Gallery and toured as a digital exhibition and public programme at the Black Cultural Archives, Hackney Museum and the Cubitt Art Gallery, London. No Colour Bar brought together rarely exhibited material from the Huntley Archives, several important works of art from a number of institutions and private collections, and a range of unpublished material.

The exhibition’s four themed areas (“Elbow Room”, “Broad Shoulders”, “Clenched Fists” and “Open Arms”) examined the space for Black arts and cultural practices in Britain; struggles against oppression and injustice; movements of resistance to and activism against racism, political violence and inequality; the embracing of a new internationalism through solidarity, collaboration and creativity.

“No Colour Bar” is a fitting slogan for FHALMA’s initiative as it encapsulates the diverse and unfolding of narratives around the post-war, Black British and multicultural experience.

Globally, under the banner “No Colour Bar” was waged an international struggle against racism, and systems and practices based on race that fuelled the 20th-century civil rights movement in North America, anti-apartheid struggles in South Africa and anti-racist activism in the UK. Today, the term “No Colour Bar” remains a very suitable watchword to coalesce dialogues around radical ideas, identity and independence, forming a blueprint to interrogate the existing state of affairs, especially current the intensive social or political issues that we face.

More about the No Colour Bar exhibition. 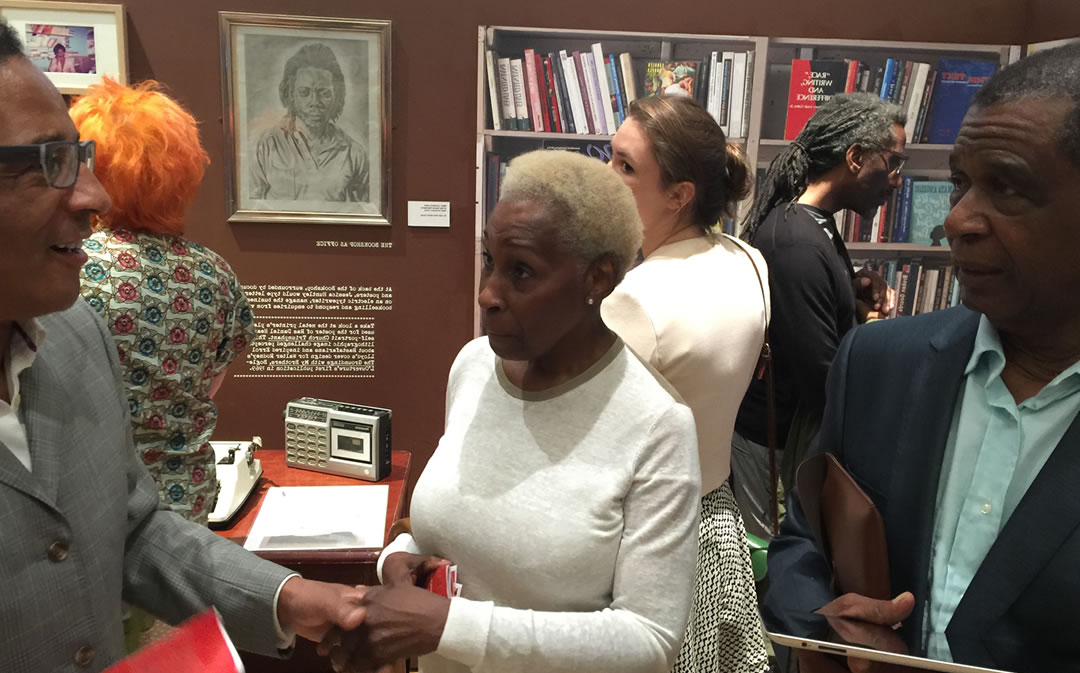