2019 marked the 50th anniversary of Bogle-L’Ouverture Publications (BLP), a radical London-based publishing company, which, along with New Beacon Books, began operating during a period in the UK when books by Black authors or written with a sympathetic view of Black people’s history and culture were extremely rare in mainstream bookshops in the UK. It was the year beforehand, in 1968 that Jessica and Eric Huntley opened their first bookshop in the living room at their home in Coldershaw Road, Ealing. The place soon became a visitors’ hotspot, central focus for Black and migrant communities. After being forced to find commercial premises some years later, The Bookshop was named, Bogle-L’Ouverture bookshop. and five years later was then renamed the Walter Rodney Bookshop, after the scholar activist’s assassination in 1980.

Rodney’s The Groundings With My Brothers (1969) became the first title published by BLP and it would go on to publish works by a growing list of notable authors, among them Andrew Salkey, Linton Kwesi Johnson, Lemn Sissay and Valerie Bloom, as well as first publishing Rodney’s influential and seminal text book How Europe Underdeveloped Africa (1972). 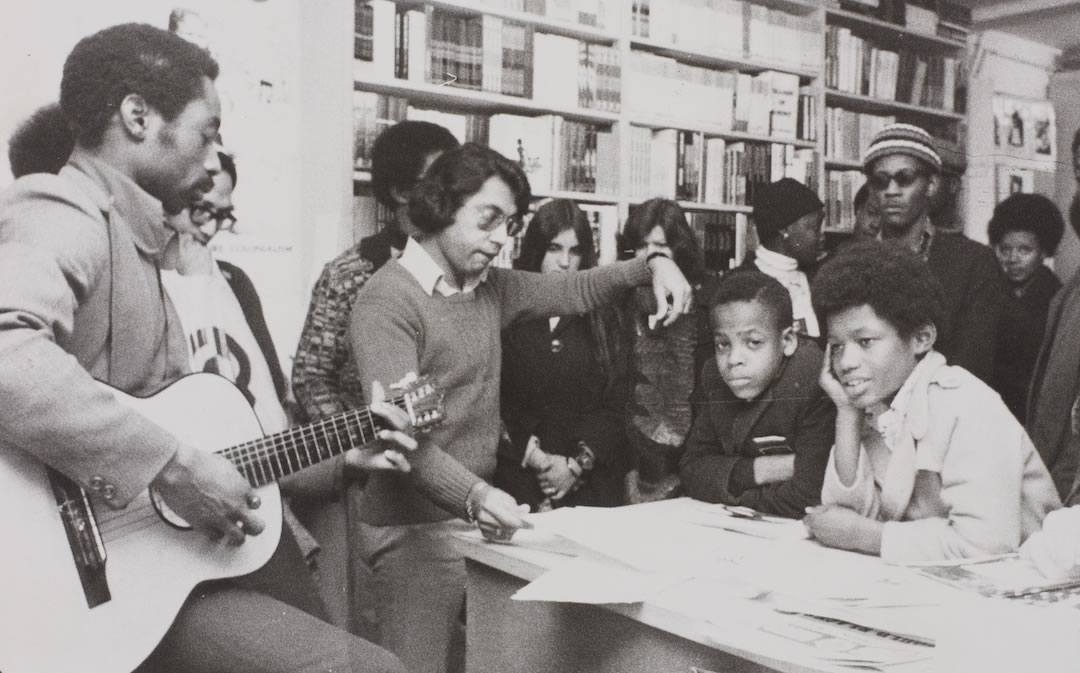